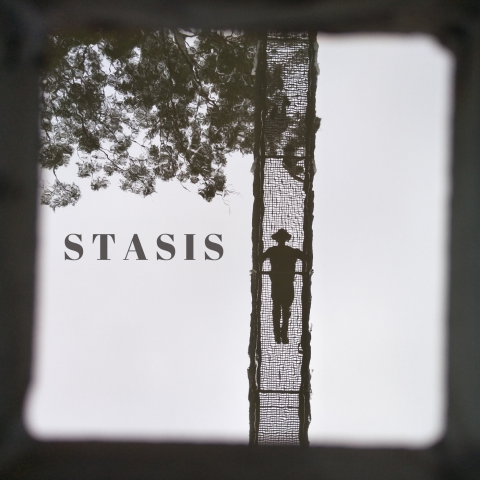 - S T A S I S - is the fifth studio release and follows the 2017 title "Head Towards the Sun". It's a poetically ruff sawn batch of lyrics that sit dove tail on a bed of rootsy guitar and dynamic rhythms that have explored 7/8 time signature and even a Samaba, among other influences.

Recorded in Far North Qld, in various locations. The title predominately gained shape and meaning whilst recording in a house in Wondecla near Herbaton. That week of recording gave rest to the full time touring in 2017 and open pathways to assimilate production idea's that seemed unorthodox to other studio's or were merely  impossible to achieve living in a bus.

The opening track "1HZB50R Blues", unearths a Geyser of observations that comes with living on a bus and touring every state of Australia. The montage style video that launched the song prior to release is a small window into the subconscious visual observation that influenced the song itself. It's a Playful, unsettling, comedic clip that leans heavily on pop art to express the constant displacement of a touring artist. The natural wonders and the "where are we now" narrative.