Music by my own definition is "painting invisible pictures using sound". A music career identified as "one of many goals in the process of making great music". I'm not overly romanced by the fame of others but more so inspired by the success of great musicians like Jeff Lang, Steve Kilbey, Bruce Cockburn, Paul Westerburg, Harry Manx, Paul Dempsey, Jeff Tweedy and others who have mastered their song craft and instruments. 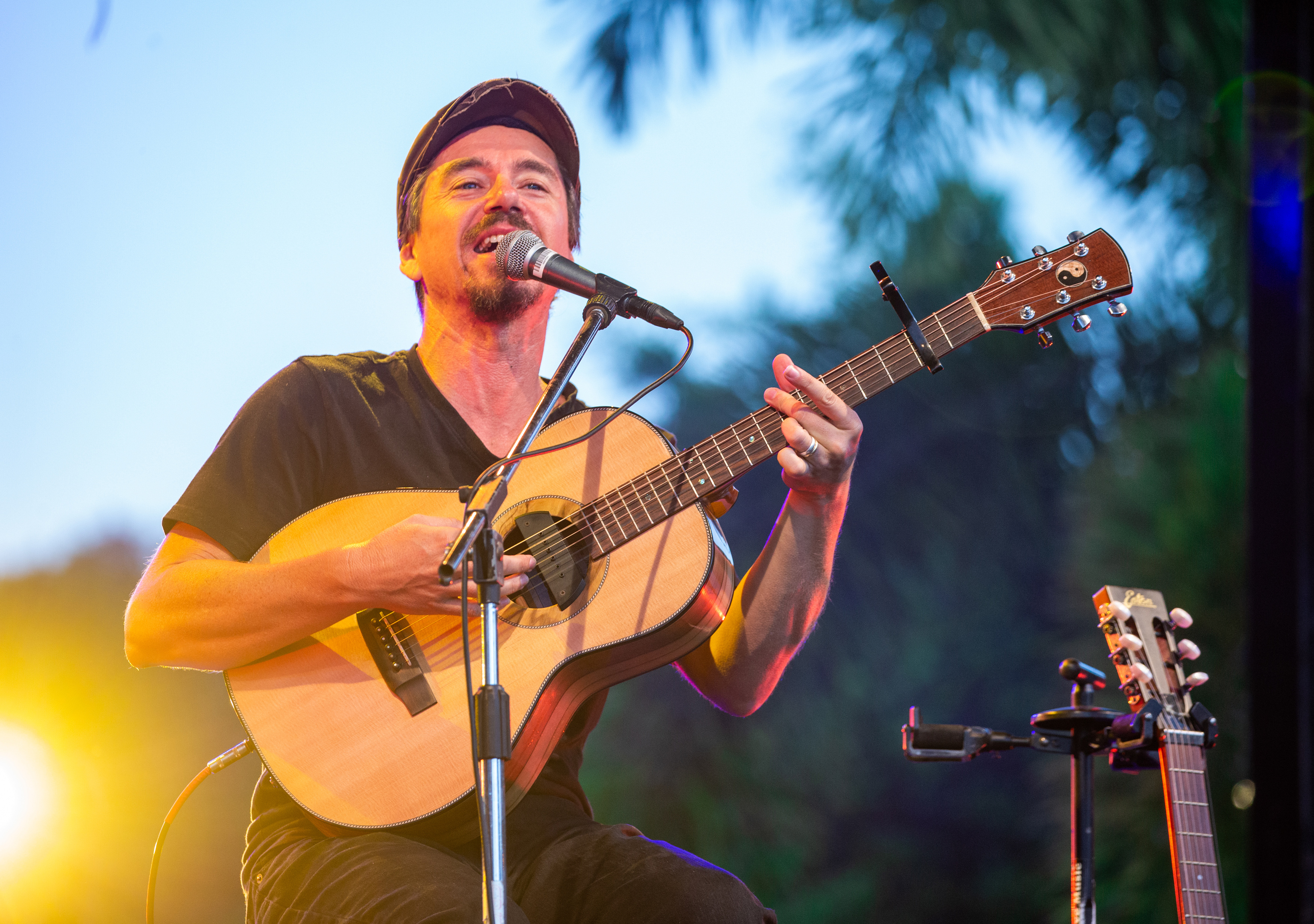 Definitively in keep with the true nature of Troubadour-ism, touring twelve months of the year in a bus. Favouring reviews, depict an Australian Contemporary Folk Artist. However, we find deeper, a mongrel breed of Composite Acoustic Roots Music with advertence for Trad Blues and Trad folk guitar influences. Marry that with an heterogeneity of lyrical themes and a vigilant narrator and you have your Pigeon holed.

From a stance of blurb, consult the reviews below. To add, we offer an artist who has played in over 120 small towns, in every state of Australia. From modest size market stages, venues and bars to support shows in front of thousands. We find an artist at craft, an endemic Australian songwriter, a quiet achiever and poetic comrade to the arts.

Back Story: The history is of a songwriter from the age of ten, stage performer at age thirteen. Fronting a rock band "Pace Faint" for nine years in regional Mid North Coast NSW, whilst settling strong ties and further development with the Cairns art community of Far North Qld. Working with the conflicts and advantages of Dyslexia and mild Irlen Syndrome has paved the way for a multifaceted expressionist with a hard working "dog with a bone" work ethic. With history of writing, producing, co directing film clips. Acquitting grants. Successful crowd funding. Co-Producing, writing and recording albums. Workshop presenter and much more to folio.

Playing custom built acoustic guitars by Jim Newman of Bonny Hills, NSW and of course that vintage Eston resonator imported from Europe by Antonio Lamberti in the seventies out of the Eko factory.

Film and Score:  Arranged an entire new score to the Godfrey Reggio and Philip Glass film Kooyanisqatsi from samples on small Yamaha keyboard, blues over drive pedal and a library of sounds and beats. Screening twice at the Centre of Contemperary Arts, Theatre. Producer and writer Co-Director of the award winning film clips for "Ganesh" and "Cracks in the Concrete".

"an adroit blend of slide guitar and vocal versatility"

"Authentic, Refreshing and Reminiscent of the late Colin Minus"

"He creates immediate and earthy music"

"Homeland' is Ten wonderful songs from a great Australian Songwriter"